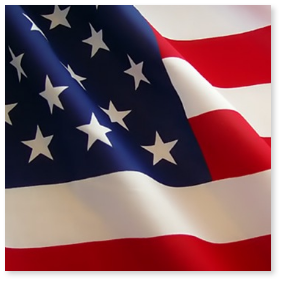 The American flag is obviously a symbol of our country but it has come to remind us of every man and woman who has fought for the freedom that we enjoy. The emotions that are stirred by images of our flag can run from happiness to sadness to trust and everything in between.
Most of us learned American flag etiquette or the Flag Code when we were young but occasionally, it is a good idea to review the guidelines so that the flag is treated with the respect it deserves.

More information on flag etiquette can be found at the Veterans of Foreign Wars website.